This research was supported by an FWO KAN grant 2017

Resource optimists argue that extractive industries are not only a powerful engine of economic growth, but can boost other productive sectors and thus contribute to broader social and economic development. Theoretically, this view is inspired by the academic literature on economic linkages (channels through which extractive industries contribute to national and local economies; can be forward, backward, consumption or fiscal linkages), global commodity chains and global value chains. It has translated in the World Bank’s and other donors’ policies since the 1980s, which now increasingly include ‘local content’ requirements and support for small and medium enterprises.

Yet backward and consumption linkages are very difficult to measure and existing research mainly draws on macro-economic and county-wide data. Bloch and Owusu (2012) for example, while making the argument that gold mining in Ghana does generate backward, fiscal and consumption linkages, acknowledge that more case-study research is needed in order to thoroughly assess the nature and value of consumption linkages. Dziwornu (2015), examining a Ghanaian initiative for local business development around the oil industry, concludes that capacities and access to information have been enhanced for some larger firms, while new and inexperienced firms still struggle to get access and effects on the broader local economy are limited. Hanlin and Hanlin (2012: 468), discussing linkages in East Africa’s gold mining sector, say that “little research exists using grounded data”. Their article focuses on the relations between lead firms and local suppliers, framing these in a theory of value chain governance.

This is a gap the current project aims to address. First, the debate on linkages is very polarized between ‘resource optimists’ and ‘resource pessimists’ who base their analysis on theory-based economic models (the resource curse or linkages) instead of on grounded empirical data. Second, the debate is very much policy-oriented (national and international policies) and promotes top-down interventions without taking into account local context. Third, analyses are usually done on the basis of macro-economic data on employment creation and local supplies for example, without paying attention to more political questions around development and the patterns of inclusion/exclusion it creates. The proposed research therefore focuses on locally-owned subcontracting companies and assesses their contribution to local development.

In April/May 2017 I have carried out a survey among 130 workers and 10 managers of subcontractors working for Banro Corporation in Luhwindja, Eastern DRC. In addition, 10 individual interviews and 10 focus group discussions have been organized. In April 2018, 110 workers and 10 managers were surveyed in Namoya; 16 in-depth interviews and 10 focus group discussions were carried out. In June 2019, workers and managers were surveyed in Durba, with subcontractors working for Kibali Goldmines.

In September/October 2017 240 workers and 20 managers have been surveyed in Western Region, Ghana. 20 individual interviews and 20 focus group discussions have been organized. 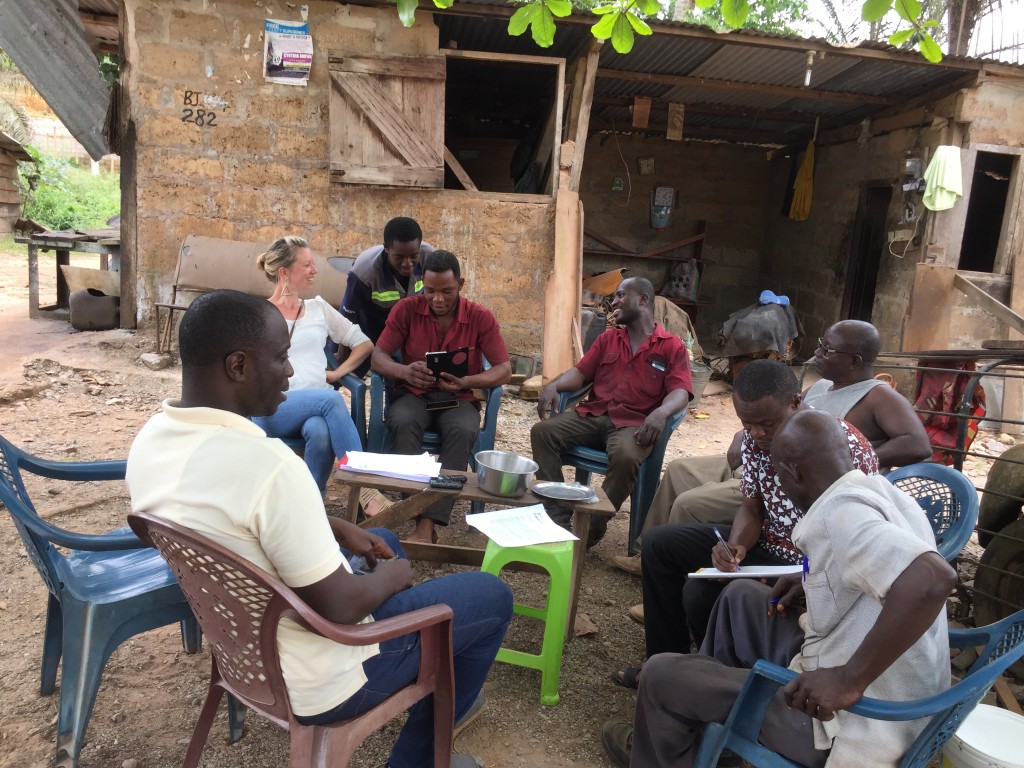